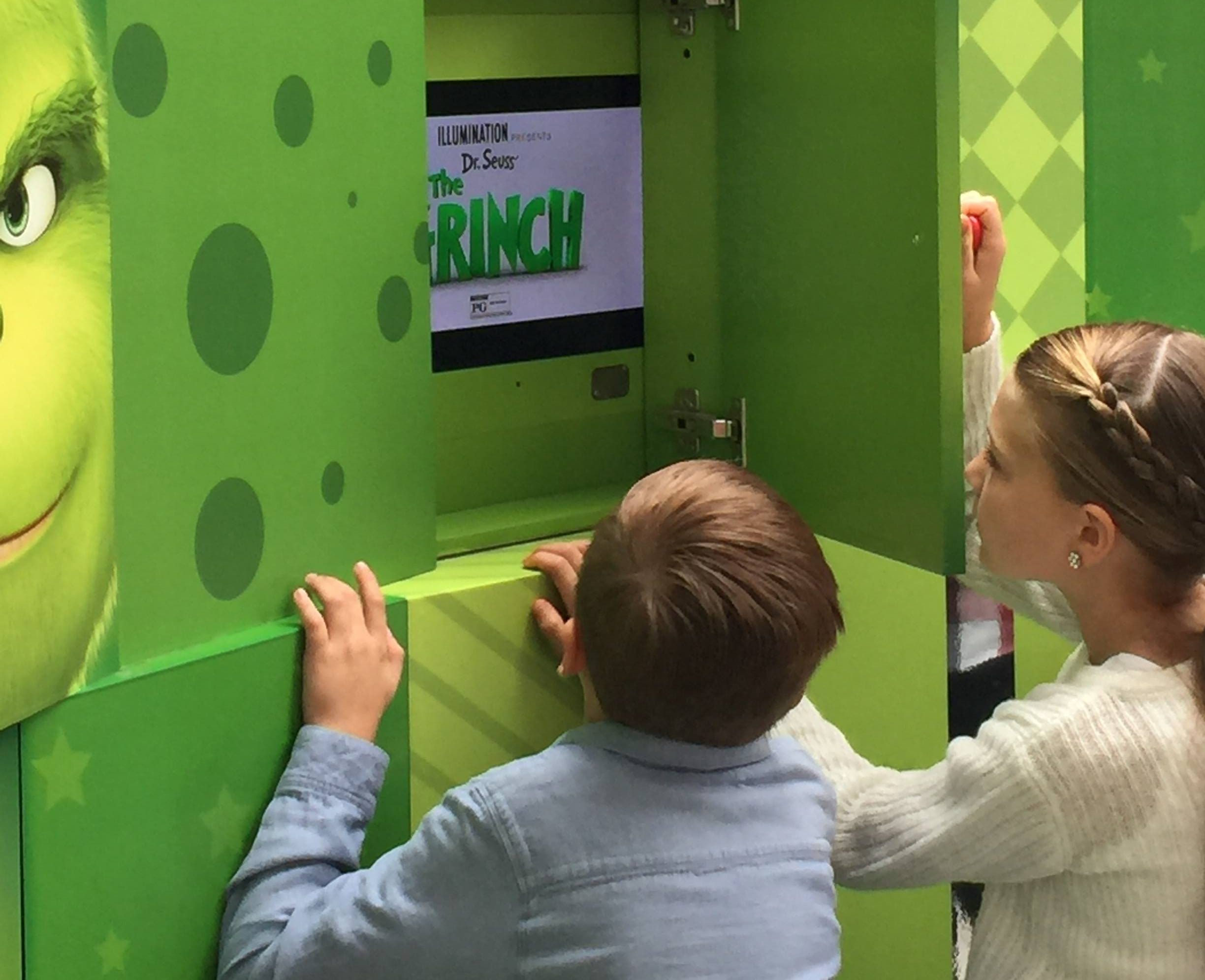 WhiteWalls Fabrication and Production in Valencia, California was commissioned to construct a promotional piece for the motion picture The Grinch.  We were contracted by WhiteWalls to provide equipment and installation services for seven video playback systems.  Seven monitors were installed on the lower level of the piece situated behind covering doors.  Opening a door activated the video playback of a promotional clip on the video monitor behind it. Video playback was provided by seven of our ShowNodes video devices. The display piece was setup at Times Square in New York prior to the release of the movie. Our work also included onsite support of the installation in New York.